What to visit in Mahón - The places that don't tell you

There are shops of great importance. Court of first instance and a beautiful electricity. You don't understand anything do you? Logical. It is part of the lyrics of the official anthem of Mahón, capital of Menorca. If you want to know how it starts, we remind you that you have the tip what to visit in Mahón, the basics. Essential if you want to know the most popular sites. In this article, we are going to inform you about all those sites in Mahón that they do not tell you about in other blogs or portals. Why will it be? A mystery.

A park located in the heart of the city. It's not El Retiro, okay, but we can't compare ourselves to the size of your city. The Es Freginal urban park is considered one of the green lungs of Mahón, and therefore its citizens and visitors take care of it as if it were their own. A wonderful green area with more than 12 thousand square meters where you will find flora and fauna typical of the territory. In short, if what you are looking for is a moment of calm, tranquility, peace, without leaving the hustle and bustle of the city, this is the place. Score well: Es Freginal park. In addition, children's areas have been set up in the area for the little ones to have fun. So if you visit Mahón, don't forget to take a walk in the park.

If before we compared Es Freginal with the Retiro, we could say that the Carrer de Ses Moreres is the Passeig de Gràcia (Barcelona) of Mahón. Not so heavy, obviously, we are aware. And you may wonder, why is it called ses moreres? Simple: For the trees (mulberry trees) that are in it. It is a long street with local shops, bars and the odd restaurant; Not long ago, it was accessible by car, but for more than five years or so, the city council declared that Ses Moreres was passable only for pedestrians, with the aim of improving the quality of the center. There was quite a bit of controversy from residents of the area. However and with the passage of time, we can affirm that it was a real success.

The Explanada, immersed in the square of the same name in the town, is an area very frequented by both tourists and locals. Being a little away from the center and other points and areas of interest, it does not attract so much attention, but it is something you should visit. It's our advice, wow. An area normally frequented by children and families, which has a large playground. There the little ones can play, skate around the area, or ride a bike. Unlike Es Freginal, although we have to point out that they are very different concepts, it has an area of terraces, cafes and restaurants to go for a soft drink, an ice cream, or whatever you like the most - for color tastes -. One last note. On Tuesdays, the Esplanade turns into a craft market. The perfect place and time for you to take home a memory.

Close to the city of Mahón, is the town of Trepucó. One of the largest on the island, as it covers an area of almost 50 thousand square meters. Its two talayots, the oldest in Menorca, date back between 700 and 1,000 years BC. The taula enclosure is one of the most monumental. Its site was excavated by the popular British archaeologist Margaret Murray in 1930, who initiated the scientific investigation of the Prehistory of Menorca. Let us thank this spectacular scientist, for what she involved the study of her and her research for Menorca; Now you ask yourself, how can I get there? Both by car and on foot. If you are in Mahón you must go to the Ronda road (near the center) and go this way. Many people go through this area to take a walk and play sports. So how would the British say ‘you’ll never walk alone’.

These are some of the places that they don't tell you about the city. And the thing is that Mahón has pretty girls, there are drugstores, there are cafes, there are theaters and good walks, and a sea port at the foot. Do you remember how we started? This is the letter at the end of the hymn of this beautiful city. Here are other tips that may interest you: 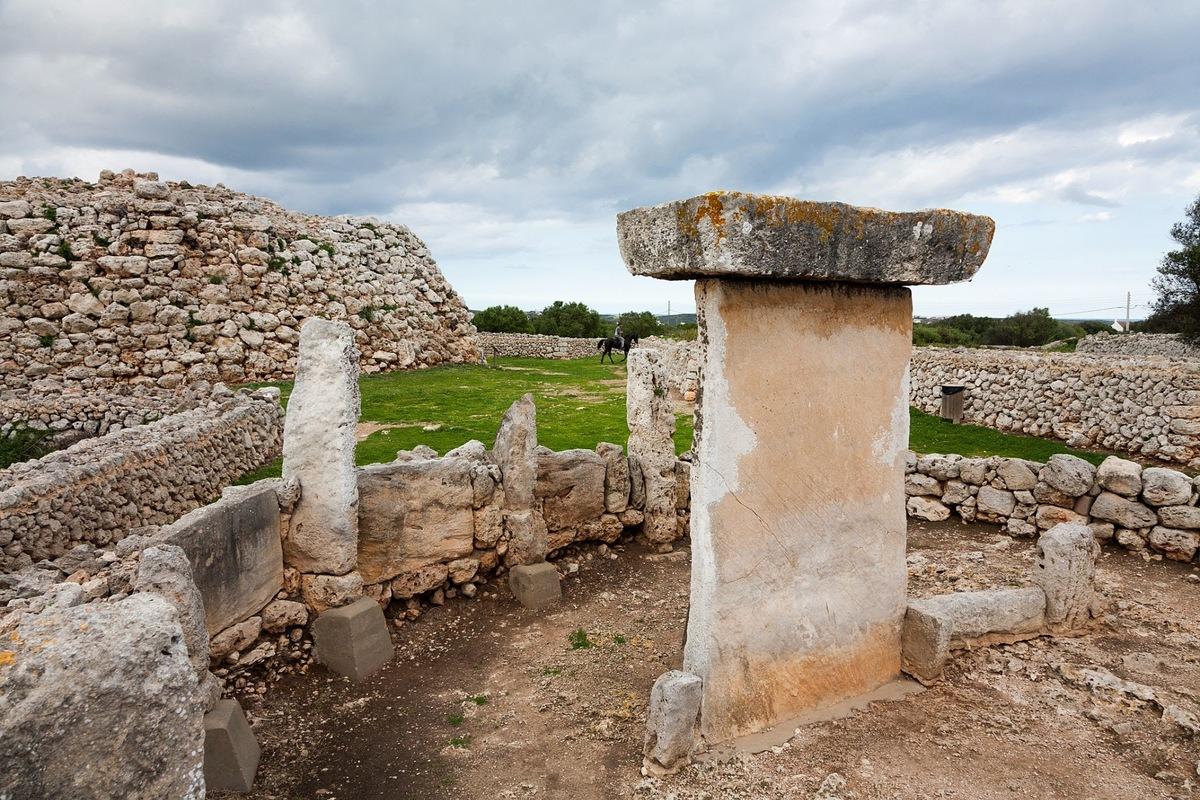